Reber Holding GmbH & Co. KG filed an opposition against this trade mark application on the grounds of its earlier trademarks: 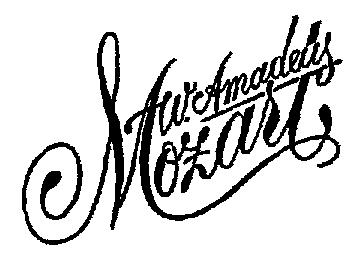 The applicant for the contested trade mark requested proof of use of the German trade marks referred to above.

In response to this request, the adverse party presented, in particular, a colour copy of the cover of a Mozartkugeln (a variety of German chocolates) box similar to the one below:

OHIM's Opposition Division held that the adverse party had not proven the use of its earlier trade marks and rejected the opposition.

This decision was confirmed by the Board of Appeal, which held that the elements produced by the adverse party were insufficient to establish the use of its earlier trade marks.

Reber Holding GmbH & Co. KG then filed an appeal with the Court of First Instance of the European Union.

The Court of First Instance held, in particular, that the colour copy of the cover of the box of Mozartkugeln referred to above did not constitute proof of use of the German figurative trade mark No. 1151678 on the grounds that:

"(…) the manner in which the earlier German figurative trade mark No. 1151678 is used on the cover of the box of Mozartkugeln, a copy of which was provided by the applicant, does not allow for a finding that it was used as a trade mark, in other words in accordance with its essential function, which is to give an indication of the commercial origin of the relevant product. […] On the cover at issue, it is placed in the lower right corner of the portrait of a man represented in the style of an 18th century painting, which could be Wolfgang Amadeus Mozart. As the OHIM and the speaker rightfully point out, on this packaging, it is clearly the portrait that dominates due to its size and positioning. The stylised inscription 'W. Amadeus Mozart', which is printed in fine characters and in a colour and style which blend in perfectly with the golden, baroque portrait frame, appears only in the background of the general image as a purely decorative, accessory element. It will be perceived as an indication that the portrait represents Wolfgang Amadeus Mozart and not as an indication of the commercial origin of the Mozartkugeln contained in the box."

The Court of First Instance of the European Union added that, "It is more the term REBER that may be perceived as an indication of the commercial origin of the product.”

The Court of First Instance of the European Union rejected the appeal filed by Reber Holding GmbH & Co. KG.