Which nationality for a patent with unitary eff... Data protection March-April 2022

RECORD FILINGS AT THE EUROPEAN PATENT OFFICE IN 2021

This is the highest number of applications ever filed in one year. The EPO's Patent Index 2021 shows that patent filings rebounded significantly last year after a slight dip in 2020 (-0.6%).

In general the number of patent applications is seen as an early indicator of how the budgets of research and development investments of companies worldwide evolve. 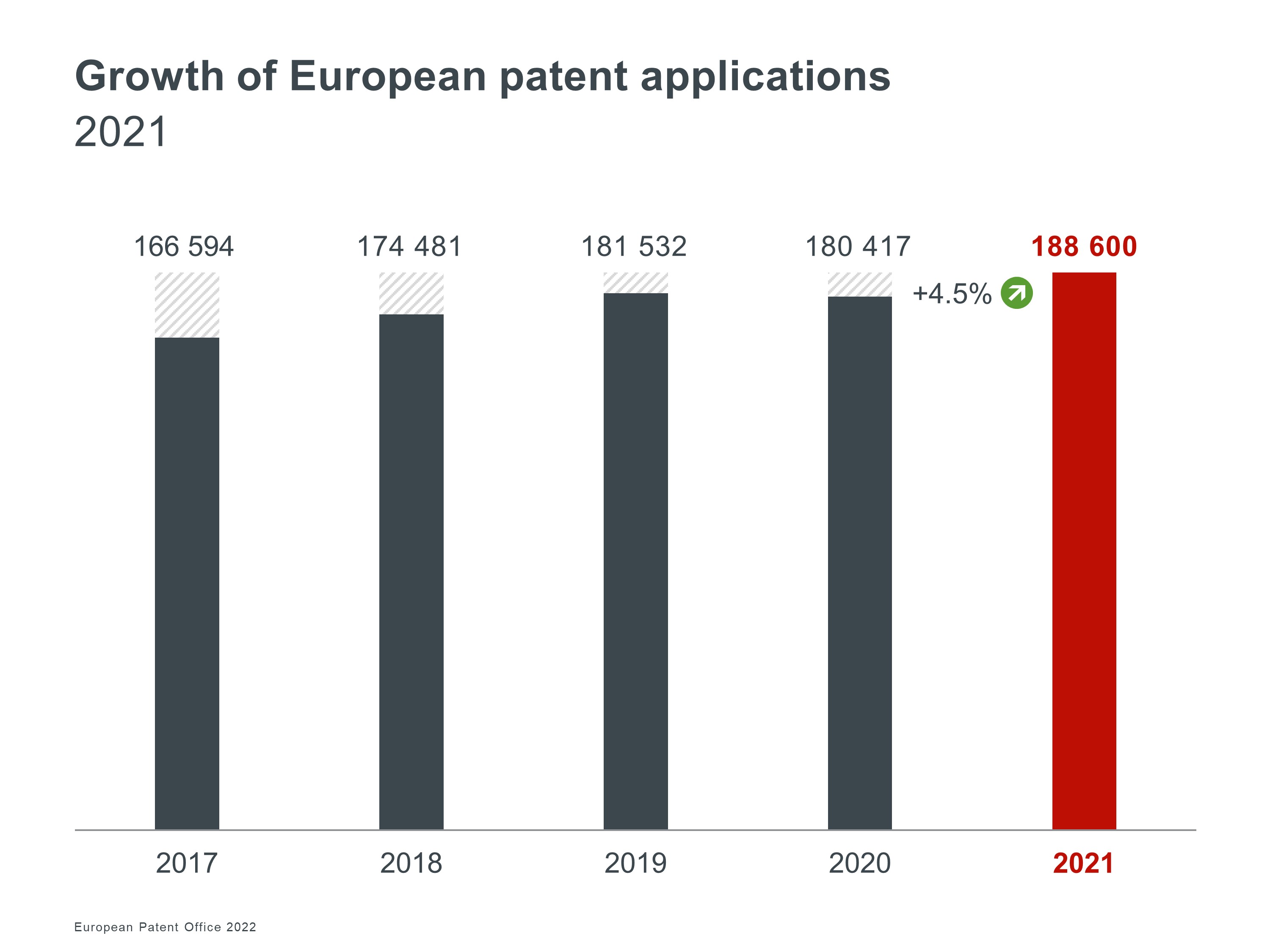 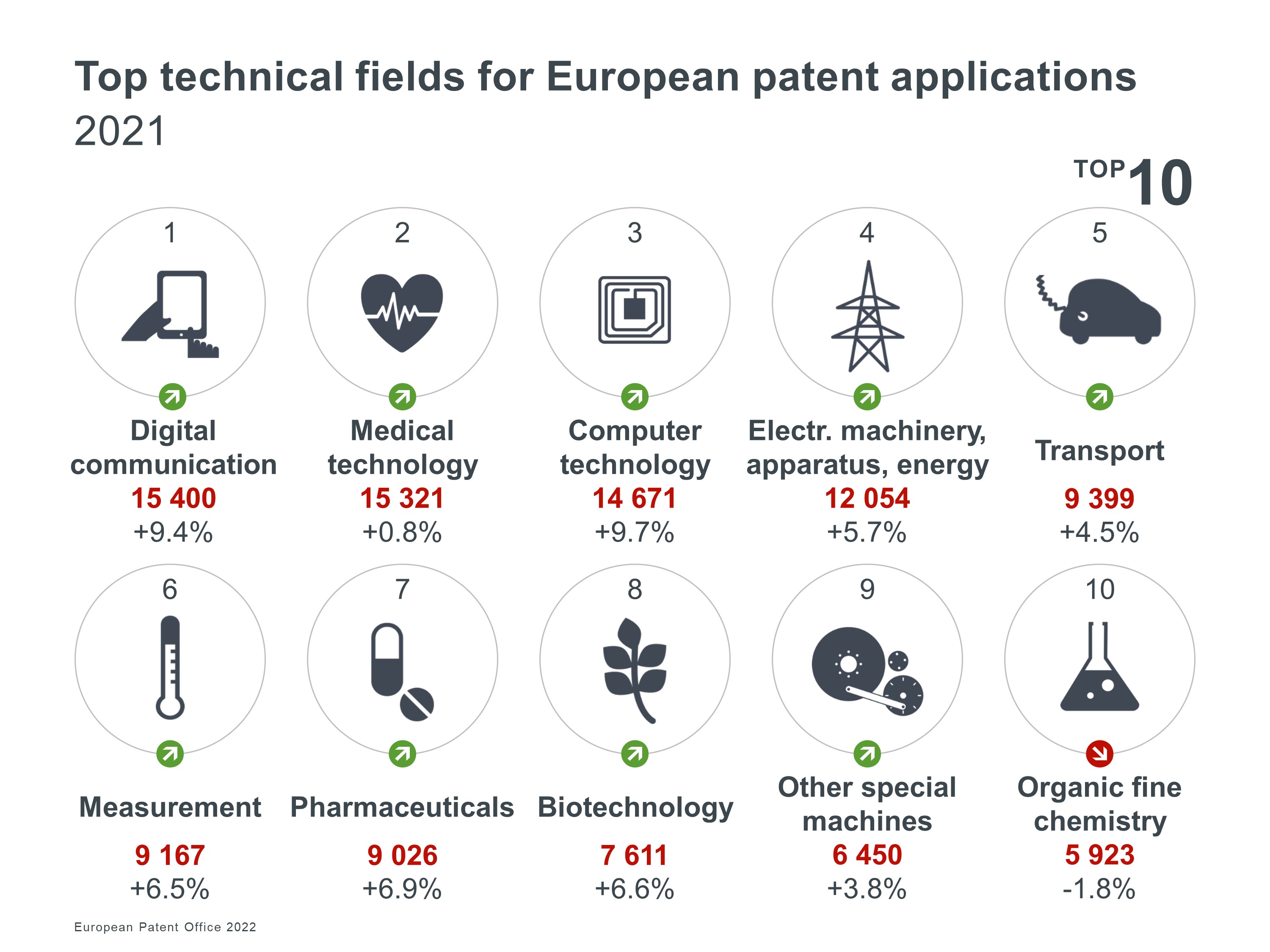 The strongest growth in patent applications at the EPO in 2021 was happened due to filings from China (+24% in comparison to 2020) and the US (+5.2%). Applications from South Korea were also increased in 2021 (+3.4%), while Japan experienced a slight decrease filings (-1.2%). Patent applications from the 38 European Patent Organization countries experienced an slight increase last year (+2.8%). However,  the number of applications from Europe continued to decline, falling from 50% of the total in 2013 to 44% in 2021. This trend shows that the European market is considered as relevant to companies outside Europe. Especially companies from Asia, seek to protect their inventions on the European market.

In accordance with the general numbers Huawei was the leading patent applicant at the EPO in 2021 (as in 2019), wherein Samsung, and LG were in second and third place. Ericsson and Siemens both moved up a position, to fourth and fifth respectively. The top ten includes four companies from Europe, two from South Korea, two from the US, and one from each of China and Japan.

This IP Alert is for information purposes only and does not constitute legal advice.